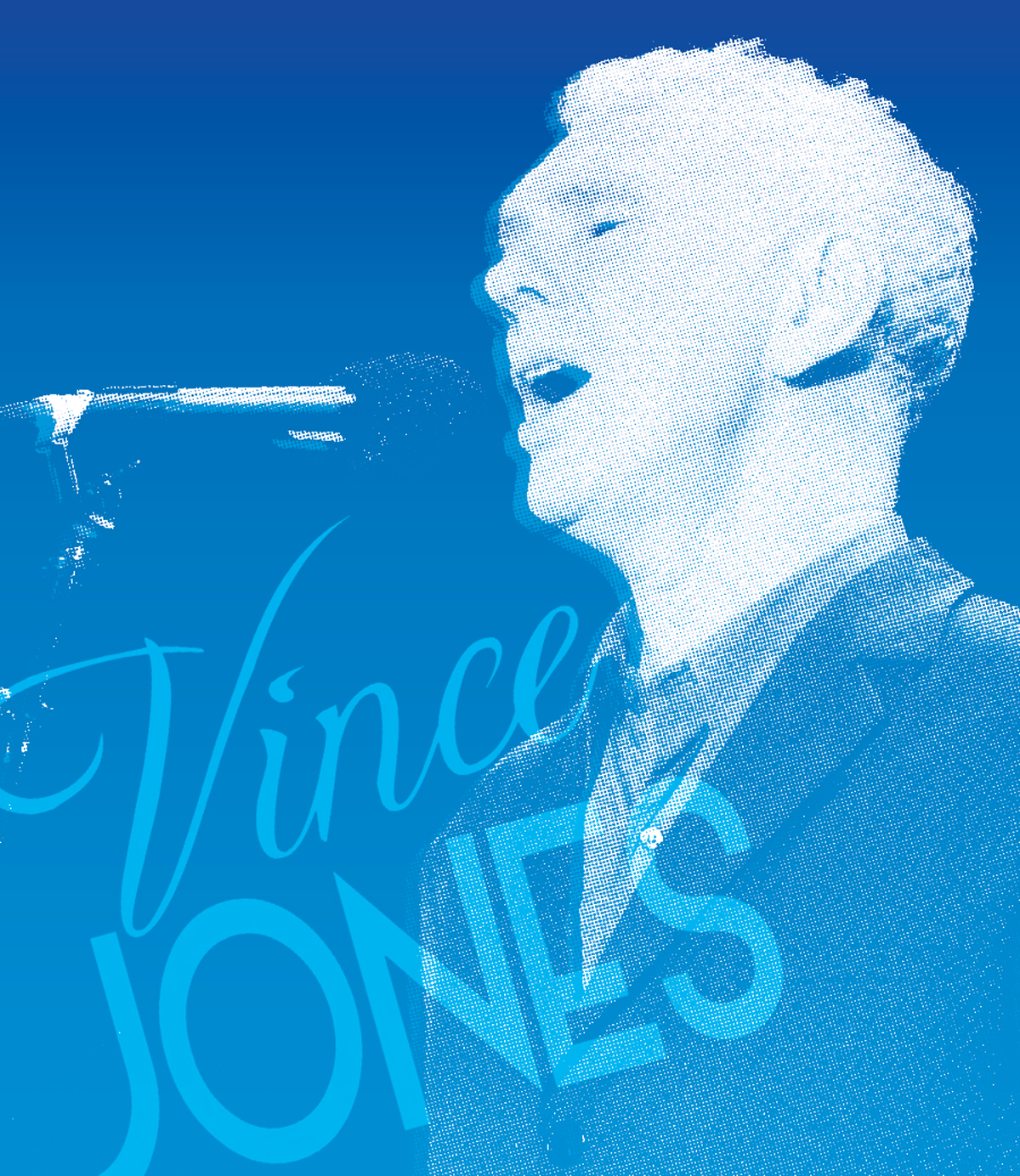 Vincent Hugh Jones was born on 24 March 1954 in Paisley, Scotland. After emigrating to Australia with his family, it was while attending Corrimal High School that Jones heard Miles Davis’s album Sketches of Spain, and taught himself to play the trumpet. He began his career as bebop trumpet player on the club and jazz circuit in the mid 70’s and with a smooth, effortless singing style, went on to establish a reputation as Australia’s leading jazz vocalist.

A remarkable interpreter and composer of songs in a contemporary jazz style, Vince has recorded many critically acclaimed albums and toured extensively around the world.

Vince is still performing regularly and recently played a series of shows paying homage to the music of Van Morrison, a fellow crossover artist and journeyman. Here he is performing the Van Morrison classic, Ballerina.