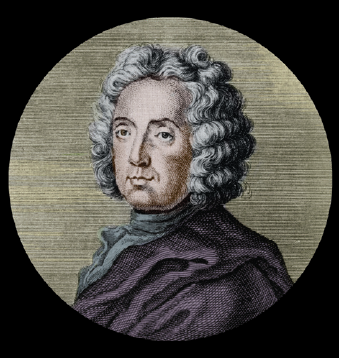 Giovanni Bononcini The man who got in Handel’s way

Born in Modena on 18 July 1670, 350 years ago this month, Giovanni Bononcini was the firstborn son of Giovanni Maria Bononcini, court violinist, composer, and author of an influential treatise on counterpoint. Giovanni Maria died when Giovanni was only eight and his brother Antonio still an infant; he did not know that both his boys had inherited his talents, that Queen Sophia Charlotte of Prussia would one day call Giovanni, “il grande Bononcini”.

Giovanni was sent to Bologna, where he learnt to sing and play the cello, and composed so well that he was elected to the illustrious Accademia Filarmonica at the exceptionally young age of 16. That year, he published a number of remarkably mature chamber works, followed by large-scale church music. When he was 20, a masterly sacred oratorio drew attention in exalted ecclesiastical circles in Milan, and the brothers moved to Rome. Young Antonio was employed in the orchestra of Cardinal Pamphili, Giovanni as house musician to Filippo II Colonna, where he met the poet Silvio Stampiglia. Their resultant five operas brought Bononcini instant fame throughout Italy and beyond. In Queen Anne’s London, where Italian opera was not popular, Il Trionfo di Camilla ran for an unprecedented 64 performances (in English!) at Drury Lane. Bononcini resisted attempts to entice him to England: opera was under papal ban in Rome, so he and Stampiglia were busy writing hundreds of dramatic chamber cantatas, admired as models of grace with their sensitive word-painting and enchantingly subtle use of chromatics and counterpoint. Gasparini wrote of their “whimsicality, beauty, harmony, artful study and creative inventiveness”.

The death of his patron freed Bononcini to travel to Venice, then Vienna – where the Emperor’s favour meant he could afford to have his brother with him – and also to visit Berlin at the Queen’s invitation. The War of the Spanish Succession ended this comfortable arrangement: Antonio returned to Modena and Giovanni to Rome, in the service of the Austrian ambassador. There was a new Pope, opera was back, and Bononcini composed a serenata to mark the birthday of the Habsburg Empress, a glittering outdoor spectacle. Lord Burlington, a starry-eyed and enormously wealthy young English Italophile, saw it and conceived the idea of endowing his native land not only with Palladian architecture, but also with a constant supply of Italian opera. And so was formed the Royal Academy of Music, around Bononcini, Ariosti, and the King’s idol, Handel. Handel, as Music Director, travelled to Dresden to recruit top Italian singers.

It unravelled quickly. Bononcini’s first operas were successful, Handel’s were not. Handel had the unpopular Hanoverian king’s favour, Bononcini was supported by the Duchess of Marlborough, widow of the national hero, a Jacobite. The rivalry became the subject of gossip, summed up in a witticism, “Strange all this difference should be / Twixt Tweedle-dum and Tweedle-dee!”, which was not far from the truth. Bononcini had to go, but how? A timely accusation of plagiarism proved the final straw. Now 60, he admitted defeat. His brother had died in Modena and so, with nowhere else to go, Giovanni made his way slowly back to Vienna. There, in honour of past service, Empress Maria Theresa granted him a small pension. It was enough.