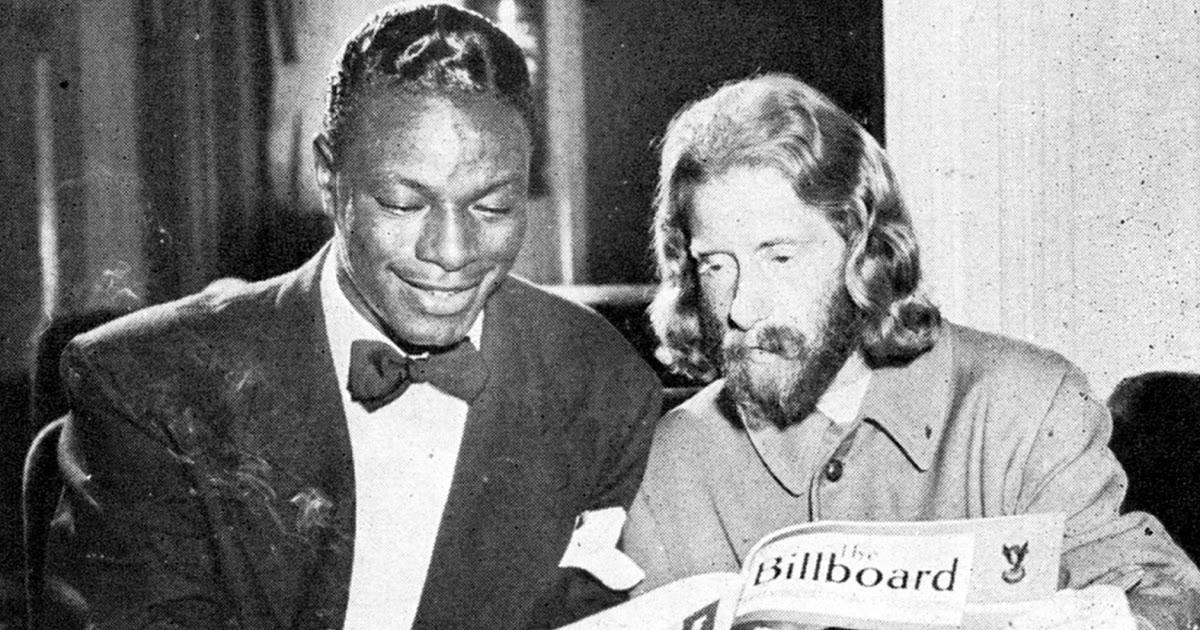 In late March 1948, the Nat King Cole Trio released their second 78rpm single of the year. Already well known for crossover pop smashes such as (I Love You) for Sentimental Reasons, the trio were taking a flyer on something different for their next release. Initially buried on a B-side, Nature Boy was unlike anything else that they – or anyone else – had recorded. Cole sings the dreamy opening lyrics – “There was a boy / A very strange, enchanted boy” – with warm intimacy; the song ends with an eternal message: “The greatest thing you’ll ever learn / Is just to love and be loved in return.”

The sides flipped, Nature Boy stayed at the top of the US pop charts for eight weeks in the spring of 1948, at a time of rapidly increasing tension: the start of the cold war and the anti-communist purge. For such a gentle, pacifistic song to have become the bestselling single of the year speaks to a sense of inchoate longing in the US at that time, barely three years after the second world war.

After Nature Boy became a hit, in an appearance on the CBS show We the People, Cole finally met the man who had written his song, the year’s bestseller. In archive clips of the episode, eden ahbez (the lower case was preferred) has hair down to his shoulders and wears loose-fitting clothes; his style is nearly two decades ahead of his time. Reading from prepared scripts, these two outliers – a proto-hippy and an early African American crossover artist – tell the story of how Cole discovered the song, after it was delivered on spec to the Los Angeles theatre where he was performing. To the incredulity of the host, ahbez announces that he has “not much use for money”. It’s no small irony that this devotee of simple living – albeit with an entrepreneurial side – is being presented on a talkshow on a major US network, produced by Life magazine and sponsored by Gulf Oil. As ahbez rides on to the stage on his bicycle and then assumes a yoga position, he makes it clear that he will not conform to the values of corporate America: in his sheer strangeness, he is a harbinger of things to come.

Nature Boy has gone on to become a 20th-century classic, with numerous cover versions recorded by artists as diverse as Miles Davis, John Coltrane, Mantovani, Grace Slick, Frank Sinatra and David Bowie. It is one of those songs that transcends time and space: not just because of the sentiment, or the seductive swoon of Cole’s original, but also because of ahbez, who tapped into the deep longings that have always lain underneath the surface of mass culture.

ahbez was born George Alexander Aberle in mid-April 1908, to a poor Brooklyn family. After his mother died, he was placed in an orphanage before being fostered, at the age of nine, by a family in Kansas. There is scant information about his teenage years, but during the Great Depression he hoboed his way around the midwest, working as an itinerant musician. Towards the end of the 1930s, he moved to Miami, where he learned about meditation and a healthy diet. It was at this time that he wrote an early version of Nature Boy.

Moving to Los Angeles in the mid-1940s, Aberle became ahbez. He fell in with a group of nature mystics that included John and Vera Richter, the owners of the Eutropheon, a vegetarian cafe on Laurel Canyon Boulevard. Like the long-haired “hermit turned showman” William Pester – whom it is thought ahbez met in the late 1930s – the Richters were adherents of lebensreform (life reform), a philosophy that had begun in Switzerland and Germany in the first decade of the 20th century. Coexisting with the early Wandervogel – or wandering birds, the young, usually male, hikers who advocated a return to nature – lebensreform pioneers congregated in communities, foreswore private property, and practised vegetarianism and organic farming, in an attempt to counter the toxins of mechanised contemporary life. Visitors included Hermann Hesse, Carl Jung, Paul Klee, Rudolf Steiner and Hugo Ball.

This was one seedbed for an alternative lifestyle that would flourish during the next 50 years. ahbez was directly influenced by Pester – thought to be the inspiration for Nature Boy – and came into contact with these ideas at the Eutropheon, where he worked. Nature Boy was the conduit through which vegetarian ideals, nonconformism and notions of living in harmony with nature began to filter into US culture. True to his beliefs, ahbez continued to live rough even after the song had earned him generous royalties; he camped for a short period under the then Hollywood sign.

The first strands of ahbez’s influence can be seen in the mid-1950s exotica boom: the musical genre popularised by Martin Denny and Les Baxter that evoked escapist dreams. In 1960, ahbez released his only solo album, Eden’s Island, which gently evokes a Pacific Island with the sounds of surf and wind, gulls, soothing flutes and hypnotic sprechgesang. That year, he also recorded a song called Surf Rider, placing him at the start of the surf boom that began in 1961 with records by Dick Dale, the Bel-Airs and the Beach Boys. In 1963, he came up with a paean to the jazz festival at Monterey – featuring John Harris on vocals and the jazz great Paul Horn on flute – which namechecks Miles Davis and celebrates the place where “the hippies play”. ahbez finally found himself in tune with his time, as the early hippies around him began to assume the values he had held for 25 years.

Discouraged by the lack of success of his solo LP, and devastated by the death of his wife, Anna, in 1963, ahbez quit recording in the late 1960s, although hundreds of manuscripts of his songs were lodged at the Library of Congress. Even as he disappeared from popular culture, his influence persisted: in 1968, the Beatles released Mother Nature’s Son on the White Album; the song was written by Paul McCartney under the direct influence of Nat King Cole’s version of Nature Boy.
– Jon Savage