SYNOPSIS:
Having defeated Pompey’s army at Pharsalia, Julius Caesar chases Pompey to Egypt. Pompey’s son, Sextus, and his wife Cornelia, plead for peace which Caesar grants. However, army commander Achillas presents him with Pompey’s severed head. Cornelia wants to kill herself but Curio the Roman tribune prevents her, admitting he loves her. Sextus swears revenge against the Egyptian King Ptolemy who betrayed his father. Meanwhile, Cleopatra plans to rule in place of Ptolemy. Achillas agrees to arrange Caesar’s death in return for Cornelia’s hand. Cleopatra presents herself to Caesar as ‘Lydia’. She wins his heart and agrees to help Sextus assassinate Ptolemy but Sextus is arrested and Cornelia put in the harem.

Cornelia rejects both Achillas and Ptolemy. Sextus is freed and goes to the harem where he can ambush Ptolemy. Caesar is warned of Achillas’ plot against his life. Sextus attacks Ptolemy but is disarmed by Achillas who announces Caesar’s death and Cleopatra’s revolt. He demands Cornelia’s hand but Ptolemy rebukes him. Ptolemy’s army is victorious. Cleopatra is captured and laments her fate. Achillas, mortally wounded, gives Caesar his seal to help him get into the palace to kill Ptolemy. Before dying, he confesses that the assassination of Pompey was his idea. Caesar rescues Cleopatra and Cornelia draws a dagger on Ptolemy. However, Sextus slays him first. Cleopatra becomes queen and Caesar and Cleopatra rejoice in their love.

AT THE OPERA is followed by MUSIC OF THE NIGHT, a program featuring modern classical music for late night listening. It is a treat for the adventurous ear. The playlists are available within the pages of Fine Music Magazine.

Listen to recent AT THE OPERA programs: 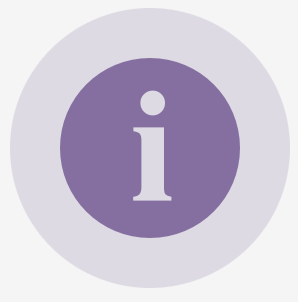 for a details of the Opera, and the following Music of the Night .

Wednesdays bring you contemporary world jazz in two programs: Jazz Sketches with Robert Vale at noon; and Planet Jazz with Xavier Bichon at 7:00pm. From European,…

2MBS Fine Music Sydney has recognised the magnificence and import of French composer, Édouard Lalo, in a three-part broadcast of…

The February issue of our Fine Music Magazine features a tribute to Australian jazz and soul singer, Renée Geyer who passed away last month. Also in this edition Michael Morton-Evans traces the highs and lows of the prodigiously talented Strauss dynasty,